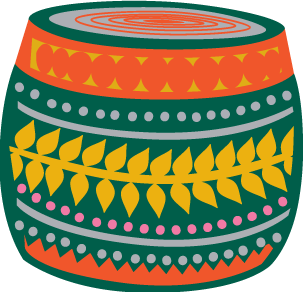 Hamburg used to be the centre of beer production between the 13th and 17th centuries. Even before the industrialization of beer production, there were over 500 breweries producing high quality beer on a large scale. Also, being part of the Hanseatic league meant successful exports to near and far stretches of the land and sea. The beer trade determined the development and vast fortunes of the city.

Hamburg made a significant contribution to the success of the brewing industry in Northern Germany from the Middle Ages up to and including the 16th century, not only by producing large quantities of beer, but even more by selling significant quantities of this beer in other markets. The brewing industry developed into one of the city’s most lucrative export industries. The Alster characterizes Hamburg’s inner city today. The damming of the Alster between 1200-1235 (Trostbrücke & Jungfernstieg) made it possible to operate mills that crushed the malt for the growing number of brewers in the city.

The Hamburg brewers held the lead in the market with top beers for almost 500 years Competitive pressure and falling prices led to a decline in beer production in Hamburg in the 17th and 18th centuries. In the periods that followed, there was an enormous change in function and structure leaving less than 15 operational breweries by the end of the 20th century. Today, other beverages have ousted beer from its top position in terms of average

consumption, but it continues to be an important economic factor in Hamburg also due to the growing production of craft beer.

One thought on “ABOUT HAMBURG & BEER”

Subscribe to our newsletter ! You will receive more hints & tips.